ADRA MASSACRE: OBAMA-BACKED JIHADISTS DISPLAY PHOTOS OF THOSE THEY BEHEADED

Last week I ran a post: beheadings and spies help al Qaeda gain ground in Syria. Obama-backed jihadists beheaded a victim and then displayed his head in the main square.

Obama-backed jihadists began their siege targeting Druze, Alawite and Christian residents early on in the siege of the city, kidnapping them en masse. Obama officials are negotiating with these barbarians:

New details of atrocities carried out by Islamist rebel fighters in the town of Adra, 20 kilometers north of Damascus, continue to pour in from survivors of the massacre there, in which reportedly at least 80 people lost their lives.

"The decapitators" is how the Adra residents, who managed to flee the violence there, now call the people who currently have the town under their control. Adra, a town with a population of 20,000, was captured by Islamist rebels from the Al-Nusra front and the Army of Islam last week, following fierce fighting with the government forces. The town’s seizure was accompanied by mass executions of civilians.(source: RT)

"Adra massacre: Militants show photos of those they beheaded" By Alalam, December 17, 2013 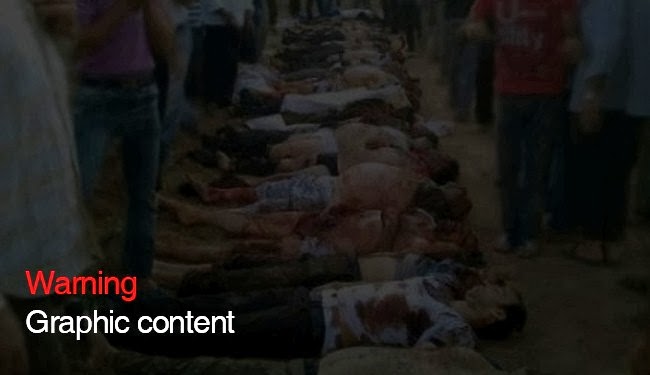 Extremist militants have posted photos of people they have beheaded in Syria’s Adra, located near capital Damascus.

Survivors have been describing unprecedented levels of atrocities committed by the extremist militants who attacked their town to kill. According to Arabic language al-Haghigha website, horrified people have been running away from Adra after witnessing militants attacking homes and executing people family by family.
A witness estimated number of militants was between 1,000 to 1,500, who entered the town on Wednesday, December 11th.

Another one described, “We woke up at (Wednesday) dawn with the sound of bullets... we saw men carrying black flags of Jaish al-Islam and al-Nusra Front. Some of them were singing ‘Alawites we have come to cut off your head’s song and this was the song they first sang at the start of the war in Idlib.” 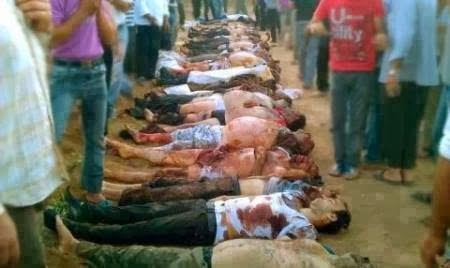 According to reports, slaughtering people continued until Wednesday night, while hundreds were wounded and many were kidnapped and held by the militants to prevent the army of bombing the places they were hiding.

Another eyewitness said some of the Sunni residents tried to hide Alawites in their homes to save them from getting killed by Wahhabi extremists. The Wahabbis even started issuing warning to Alawites through mosque speakers telling them to surrender themselves.

The events in Adra are a further example of the shift that has taken place within the Syrian rebel forces which has lately been dominated by extremists.

The unrest, which took in terrorist groups from across Europe, the Middle East and North Africa, has transpired as one of the bloodiest conflicts in recent history. 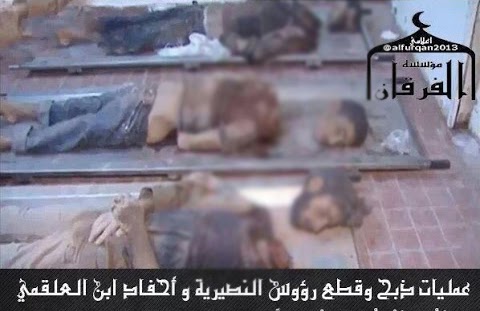 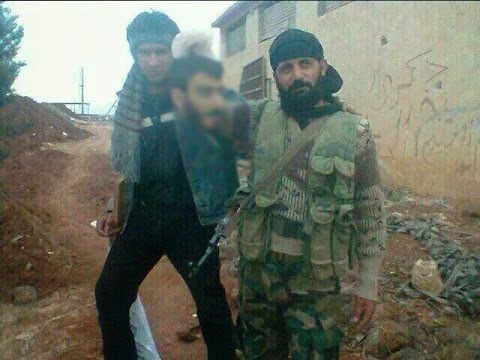