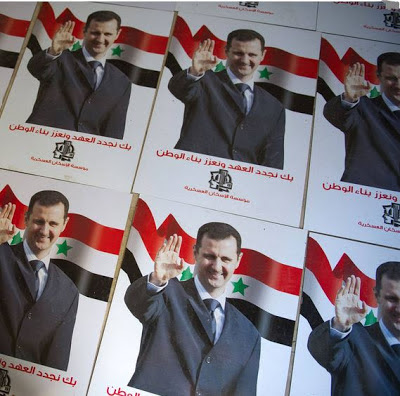 The maps long favoured in the West partition off Arab countries into ethnic divisions, but all these make clear is our own ignorance

In Syria these days, we are resorting to our racist little maps. The Alawite mountains and the town of Qardaha, home of the Assad family – colour it dark red. Will this be the last redoubt of the 12 per cent Alawite minority, to which the President belongs, when the rebels “liberate” Damascus? We always like these divisive charts in the Middle East. Remember how Iraq was always Shias at the bottom, Sunnis in the middle, Kurds at the top? We used to do this with Lebanon: Shias at the bottom (as usual), Shias in the east, Sunnis in Sidon and Tripoli, Christians east and north of Beirut. Never once has a Western newspaper shown a map of Bradford with Muslim and non-Muslim areas marked off, or a map of Washington divided into black and white people. No, that would suggest that our Western civilisation could be divvied up between tribes or races. Only the Arab world merits our ethnic distinctions.

The problem, of course, is that Syria – as secular and assimilated as any Arab nation before its current tragedy – doesn’t lend itself to this neat distribution of religious minorities. Aleppo was always a home to Christians, Sunnis and Alawites. The Alawites were “citified” many years ago – hence their presence in Damascus – and many of them came not from the mountains but from Alexandretta, which is now in the Turkish province of Hatay. Yet even if we know where they live, there has been precious little research into this community – save, perhaps, in France.

For now Sabrina Mervin, the French author and researcher, has put together a remarkable document in which she traces the history of a people who used to call themselves “Nusayris” – after the founder of their faith, Muhammad Ibn Nusayr – and whose religion was founded “in the bosom of Shiism” in the 9th and 10th centuries. Mervin’s work, published now in that splendid French institution Le Monde Diplomatique, should be essential reading for every Syria “ expert”, for it suggests that the Alawites are victims of a long history of religious dissidents, persecution and repression.

As long ago as 1903, the Belgian-born Jesuit and Orientalist, Henri Lammens, was identifying the Alawites as former Christians – until he met a Sheikh who insisted he belonged to Shia Islam. Lammens, a typical imperialist, suggested that the Alawites – who appeared to believe in the transmigration of souls and a trinity (the Prophet Muhammad, his cousin and son-in-law Ali, and Salman, a companion) – might become Christians “which would allow France to interfere in your favour”. Indeed, France did indeed show favour to the Alawites in later years.

The Ottomans had tried to integrate the Alawites who, according to Ms Mervin, were exploited by Sunni landowners and often illiterate. By 1910, their religious dignitaries were opening relations with the Shias of southern Lebanon and Iraq, calling themselves “Alawites” after Ali and distancing themselves from Nusayr. The French mandate authorities in Syria went along with this, not least because they wished to divide them from the Sunnis. Popular myth would have it that the Alawites collaborated with the French while the Sunnis fought for independence. In fact, one prominent Alawite, Saleh al-Ali, fought the French army in the mountains between December of 1918 and 1921 – and was subsequently recognised as a national hero by the first independent Syrian government in 1946. Another prominent Alawite, a would-be shepherd-saint called Sulieman al-Mourchid, met a less happy end, hanged in 1946 for treason.
Only the Arab world merits our ethnic distinctions

The Alawites were themselves divided over French rule, some favouring the short-lived Alawite state created by Paris, others the Syrian nationalism espoused by the Sunnis. The latter stood behind Sulieman al-Ahmed, claiming adherence to Islam and in 1936 publishing a text stating that they were Muslim Arabs; and successfully seeking a “fatwa” from the grand Mufti of Jerusalem, Haj Amin al-Husseini, which included the Alawites in the “umma”. And yes, this was the same Haj-Amin who would meet Hitler – though this had nothing to do with the Alawites.

Supported by Iraqi Shias, the Alawites founded their own religious institutions, constructed mosques and published works on their faith, receiving the acknowledgement of the Mufti of Syria in 1952.

This rapprochement with the Shias continued under the first Alawite president – Hafez, father of Bashar – and in 1973, Imam Moussa Sadr, the most politicised of Shia leaders in Lebanon (later believed to have been killed on the orders of a certain Muammar Gaddafi), declared that the Alawites were indeed Muslims; Shia religious schools were then opened at Sayeda Zeinab in the suburbs of Damascus – thus the story of the “shia-isation” of Syria. And henceforth Alawites ascended in the Syrian military and in the Baath party, albeit that most Syrian generals were Sunni.

Yet within the Alawite community, not everyone found favour. Tribal organisations and religious influence, according to Ms Mervin, declined under the Assads. So too did the great traditional families. Poverty still undermines the Alawite hinterland north of Damascus. Even to speak of the Alawites in sectarian terms has been, of course, forbidden. 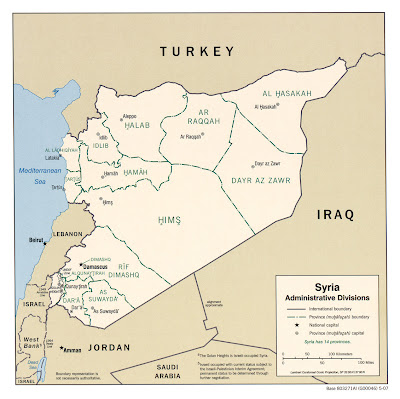