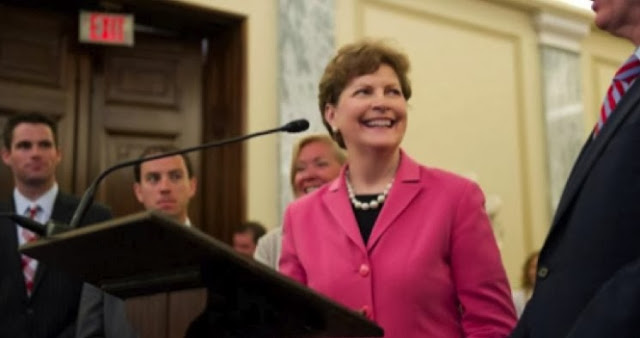 On July 30, a report issued by the Special Inspector General for Afghanistan Reconstruction (SIGAR) revealed the depth of the betrayal. According to SIGAR, there are at least 43 individuals and companies that are suspected of being “supporters of the Taliban, the Haqqani network, and al Qaeda,” that regularly receive millions of dollars from the U.S. military. To its credit, in the report SIGAR recommends immediately severing all relations to these organizations.

In what has to be one of the most ironic excuses offered by the federal government for maintaining its support for these “enemies of the state,” the SIGAR report claims that such a severance would be unacceptable as it might violate the “due process rights” of the alleged terrorist beneficiaries.

“I would also like to reiterate the concerns I raised in our last report about the Army’s refusal to act on SIGAR’s recommendations to prevent supporters of the insurgency, including supporters of the Taliban, the Haqqani network, and al Qaeda, from receiving government contracts,” SIGAR’s lead inspector, John Sopko, wrote.

“The Army rejected all 43 cases,” Sopko wrote, adding that “the Army Suspension and Debarment Office appears to believe that suspension or debarment of these individuals and companies would be a violation of their due process rights if based on classified information or if based on findings by the Department of Commerce.”

“I am deeply troubled that the U.S. military can pursue, attack, and even kill terrorists and their supporters, but that some in the U.S. government believe we cannot prevent these same people from receiving a government contract,” Sopko wrote. “I feel such a position is not only legally wrong, it is contrary to good public policy and contrary to our national security goals in Afghanistan.”

“I continue to urge you to change this faulty policy and enforce the rule of common sense in the Army’s suspension and debarment program,” Sopko wrote.

Judicial Watch puts a dollar figure on the treachery:

The firms have been identified by SIGAR for “providing material support to the insurgency in Afghanistan.” The contracts are part of the U.S. government’s $89.5 billion Afghanistan reconstruction effort. Logically, the Afghanistan reconstruction watchdog recommends that the Department of Defense (DOD) immediately cut business ties to the terrorists, who have been linked to the Taliban, Al Qaeda and other like-minded, America-hating extremists.

It is telling that the “mainstream media” has only begun to cover a story that Judicial Watch broke over the summer. In July, Judicial Watch published an account of the SIGAR report that is nearly identical to the information only recently reported by Shaheen and covered by ABC News and others.

Beyond the financial support of suspected terrorists, the SIGAR report reveals that more than a dozen recipients of U.S. largesse are bilking taxpayers out of millions, as well.

“An additional 18 individuals were referred for suspension or final debarment based on criminal allegations of theft from coalition forces, acceptance of bribes, bulk cash smuggling into the United States, or final criminal convictions in U.S. District Court,” the report claims.

In a statement to ABC News, the Army said it has "extensive vendor vetting procedures to prevent the awarding of contracts to such vendors." It said most of the 43 companies were not awarded any new contracts "as a result of measures currently in place.”

"The army takes seriously any allegations of improper contractor activities and has vigorous processes to ensure that those with whom we do business are not supporting the insurgency or otherwise opposing U.S. and collation forces in Afghanistan," the statement reads.

Remarkably, the Obama administration’s support for terror is not limited to Afghanistan, however.

On August 1, 2012, Reuters filed a report detailing a secret order signed by President Obama providing support to Syrian rebel forces opposing the regime of Bashar al-Assad. Reuters wrote: “Recent news reports from the region have suggested that the influence and numbers of Islamist militants, some of them connected to al Qaeda or its affiliates, have been growing among Assad's opponents.”

The next day, The New American’s Alex Newman covered the same story, writing:

Western governments, brutal Sunni-Arab dictatorships, an assortment of terror groups including al-Qaeda, and other powerful interests have all been backing the uprising since long before violence even broke out last year.

Later that same day, in a story covering the violence of the Syrian uprising, the BBC reported:

The al-Qaeda-styled group in Syria is Jabhat al-Nusra li-Ahl al-Sham (the Front for the Protection of the Syrian People).

Like other al-Qaeda affiliated groups, al-Nusra's statements and videos are usually issued by its own media group, al-Manara al-Baida (the White Minaret) in Syria.

Al-Nusra has claimed responsibility for several attacks against the Syrian army, security and shabiha (state-sponsored thugs) since it announced its formation early this year.

Finally, under a headline reading "Al-Qaida turns tide for rebels in battle for eastern Syria,” The Guardian (U.K.) reported:

They try to hide their presence. "Some people are worried about carrying the [black] flags," said Abu Khuder. "They fear America will come and fight us. So we fight in secret. Why give Bashar and the west a pretext?" But their existence is common knowledge in Mohassen. Even passers-by joke with the men about car bombs and IEDs [improvised explosive devices].

According to Abu Khuder, his men are working closely with the military council that commands the Free Syrian Army brigades in the region. "We meet almost every day," he said. "We have clear instructions from our [al-Qaida] leadership that if the FSA need our help we should give it. We help them with IEDs and car bombs. Our main talent is in the bombing operations." Abu Khuder's men had a lot of experience in bomb-making from Iraq and elsewhere, he added.

The foregoing accounts of the hostilities in Syria provide nearly irrefutable evidence that numerous al-Qaeda militants are found among the ranks of Syrian rebels (particularly within the Free Syrian Army), including among those filling leadership roles within those forces.

Now that such a presence has been proven, the inquiry into whether the president of the United States has provided “substantial support” to al-Qaeda in violation of the NDAA, an act he signed into law on December 31, 2011, moves to the “secret order” mentioned above.

According to media reports, Obama’s latest secret “intelligence” order claims to grant the Central Intelligence Agency (CIA) and other U.S. government agencies even broader latitude in supporting the “revolutionaries.”

Perhaps, some may argue, President Obama is not aware of the presence of al-Qaeda militants in the Syrian opposition. Unless he doesn’t talk to members of his Cabinet, such an assertion is unsupportable.

At a press conference in May 2012, Secretary of Defense Leon Panetta admitted, “We do have intelligence that indicates an al-Qaeda presence in Syria.” So much for not knowing.

Then at a briefing in Washington, D.C., in July, State Department Coordinator for Counterterrorism Daniel Benjamin recognized the influence and contribution of al-Qaeda to the Free Syrian Army’s cause. Said Benjamin:

So long as Assad refuses to go and Syria’s transition is blocked, the danger grows of more foreign fighters, including extremists of the al-Qaida type, infiltrating Syria. We are not — we are very much alert to this issue. We’ve spoken with the Syrian opposition groups and warned them against allowing such fighters to infiltrate their organizations. They’ve assured us that they are being vigilant and want nothing to do with AQ or with violent extremists. And I should add that the Free Syrian Army has issued several statements urging foreign fighters to leave Syria.

Apparently the Obama administration’s answer to the FSA’s embrace of al-Qaeda is to “just say no.” Not that their refusal to reject al-Qaeda recruits will keep the money from flowing, however.

Under the weight of such substantial evidence of the president’s material support for al-Qaeda, the Taliban, and other suspected terrorist organizations, should he not be indefinitely detained by the U.S. military under the terms of the National Defense Authorization Act (NDAA) that he signed into law on December 31, 2011?

As The New American has chronicled since it was first proposed, the NDAA purportedly authorizes the president of the United States to deploy the armed forces to apprehend and indefinitely detain anyone suspected of providing support to terrorists. Section 1021 of the NDAA reads in relevant part:

Congress affirms that the authority of the President to use all necessary and appropriate force pursuant to the Authorization for Use of Military Force (Public Law 107-40; 50 U.S.C.1541 note) includes the authority for the Armed Forces of the United States to detain covered persons (as defined in subsection (b)) pending disposition under the law of war.

A covered person under this section is any person as follows:

A person who was a part of or substantially supported al-Qaeda, the Taliban, or associated forces that are engaged in hostilities against the United States or its coalition partners, including any person who has committed a belligerent act or has directly supported such hostilities in aid of such enemy forces.

"Detention under the law of war without trial until the end of the hostilities authorized by the Authorization for Use of Military Force."

A plain reading of Section 1021 reveals, then, that anyone who is found to have “substantially supported” al-Qaeda or associated forces can be detained by the military until the end of the War on Terror.

Perhaps now that the mainstream media has begun publicizing the betrayal, there will be a call from Congress to dismantle the cycle of funding that not only sends the U.S. military to fight terrorists, but buys the “enemy” the bullets it fires back.

...
Joe A. Wolverton, II, J.D. is a correspondent for The New American and travels frequently nationwide speaking on topics of nullification, the NDAA, and the surveillance state. He is the host of The New American Review radio show that is simulcast on YouTube every Monday. Follow him on Twitter @TNAJoeWolverton and he can be reached at jwolverton@thenewamerican.com