THE STORY THE MAINSTREAM MEDIA REFUSES TO TELL YOU ABOUT SYRIA

Video has surfaced detailing the execution of Syrian men, women, and children by the same rebel forces that Secretary Of State John Kerry was so eager to aid last summer.
Brandon Turbeville | The Anti-Media
March 11, 2014 In yet one more incident showing the foreign makeup of the so-called Syrian “rebellion,” a video showing “rebels” speaking in what sounds very much like Russian/Chechen dialect during the course of committing another in a long line of atrocities has surfaced.[1]
Although informed researchers have known since the beginning of the conflict that outsiders had been shipped in to Syria to engage in war against the Syrian government, it is not the language of nationalities of the men that is so shocking.
The video shows the execution of men, women, and children – both elderly and as young as ten – for the crimes of “aiding Kufir in the fight against Islam.”
According to the killer, such is the “is destiny of everyone who helps kufir to fight against islam.” Kufir can be roughly translated to mean “infidel” or “unbeliever.”
After executing their victims, the killers can be seen strutting around the room with smiles on their faces.
Before the executions took place, a man can be heard begging for the life of his ten year old son.
You can see the video if you wish at this link. However, as you watch, bear in mind that the killers in the video are funded by the United States, Britain, France, Saudi Arabia, Qatar, and other Gulf State Feudal Monarchies.
Of course, anyone who has followed the crisis in Syria should be aware of videos showing the death squads machine gunning captives, beheading prisoners (see here and here), and forcing young children to behead them. I, myself, have written an article dealing with reports regarding the death squad’s hanging of a young child after murdering his family in front of him. One can also view the videos of the death squad members beating and humiliating the famous elderly “Yellow Man” in Aleppo.
Indeed, the videos of the torture of prisoners in the hands of the death squads are legion. One need only type the relevant keywords into a YouTube search engine to be greeted with generous results.
Likewise, a number of chemical attacks directed against innocent civilians on the part of the Syrian death squads have taken place over recent months.
Although the mainstream media and Western governments have attempted to blame these attacks (and every other atrocity) on the Assad government, each and every one has, in fact, turned out to be the work of the Syrian death squads, who are themselves funded by Western governments, intelligence agencies, and NATO command structures.
To the lexicon of death squad atrocities, we are also able to add the video of Syrian “rebel” leader Abu Sakkar cutting out the heart of a Syrian soldier and then biting it for the camera. Shortly before biting the man’s heart, Sakkar states to the camera “I swear to God we will eat your hearts and your livers.”
Let us also not forget the execution of Mohammed al-Qatta, a young boy who was guilty only of a sarcastic comment.
The execution of these men, women, and chilren, while tragic, merely stands as one more act of savagery on the part of the Syrian death squads. So long as the Western world continues to support them, it is unlikely to be the last. 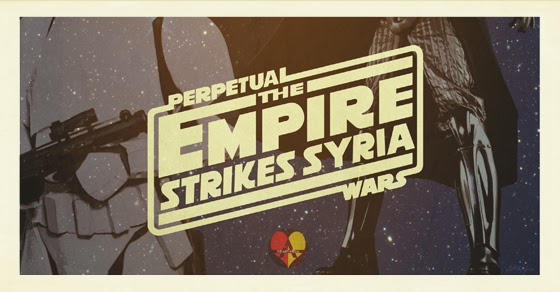 [1] The language in the video has been analyzed by SyrianGirl, a popular commentator on the Syrian Crisis. She states that she believes the language to be “Slavic” or “possibly Chechen.”
This article is free and open source. Feel free to republish this article in part or in full with credit to the author and a link back to the original source TheAntiMedia.org
Brandon Turbeville is an author out of Florence, South Carolina. He has a Bachelor’s Degree from Francis Marion University and is the author of six books, Codex Alimentarius — The End of Health Freedom, 7 Real Conspiracies, Five Sense Solutions and Dispatches From a Dissident, volume 1 and volume 2, and The Road to Damascus: The Anglo-American Assault on Syria. Turbeville has published over300 articles dealing on a wide variety of subjects including health, economics, government corruption, and civil liberties. Brandon Turbeville’s radio show Truth on The Tracks can be found every Monday night 9 pm EST at UCYTV. He is available for radio and TV interviews. Please contact anticodex@yahoo.com.