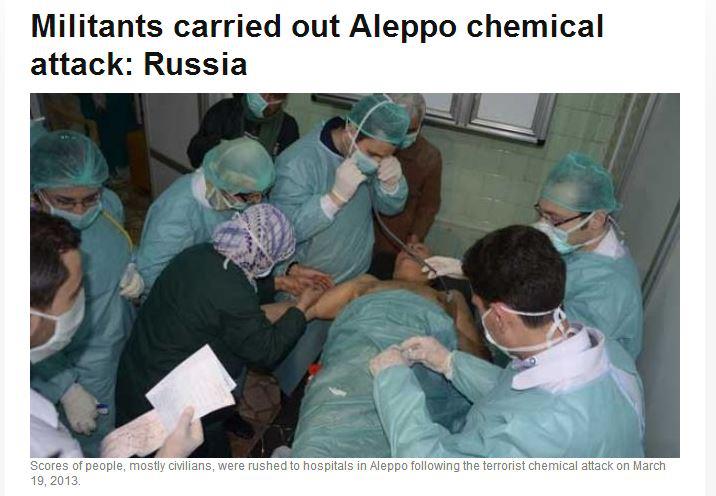 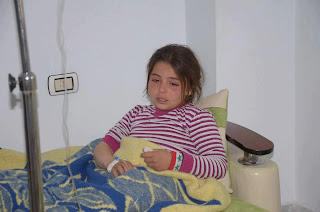 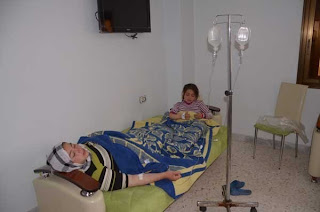 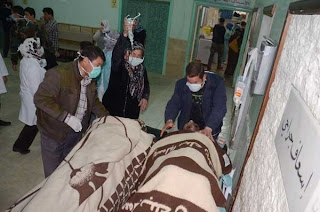 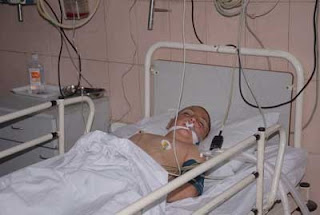 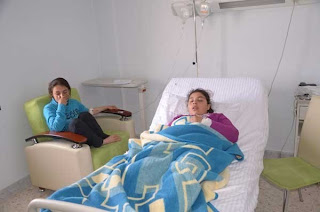 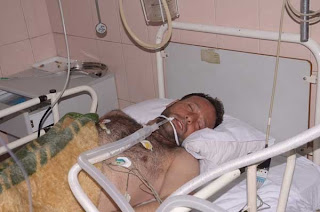 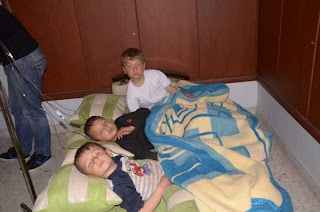 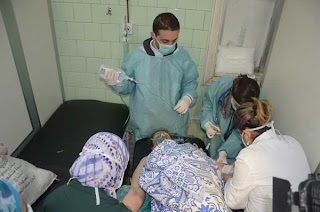 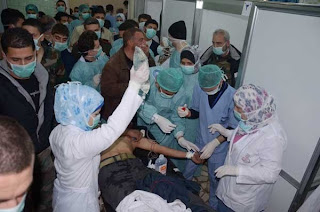 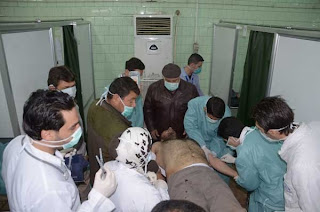 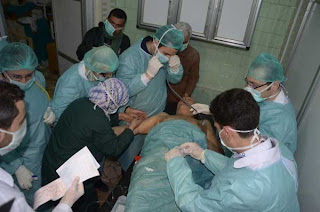 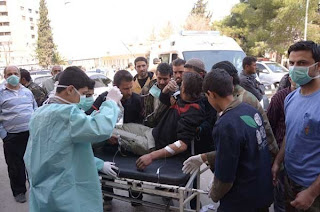 "You can't wage a war on terrorism and then provide support to the terrorists."

Russia's UN envoy said Tuesday he has handed over evidence to the United Nations which indicates Syrian rebels used sarin gas in an attack in March. The envoy, Vitaly Churkin, said Russian experts had been to the scene of the attack near Aleppo and had gathered firsthand evidence.

The Syrian government has refused to let a UN inspection team into the country, but this week invited UN officials for talks on launching an investigation.

Churkin told reporters the Russian inquiry had "established" that rebel forces had fired a Bashar 3 missile at the town, killing 26 people including 16 troops.

"The results of the analysis clearly indicate that the ordinance used in Khan al-Assal was not industrially manufactured and was filled with sarin," Churkin added.

Britain, France and the United States say they have handed over evidence to UN experts that President Bashar al-Assad's forces have used chemical weapons in the 26-month-old conflict.

Churkin added that he had just handed over that report to UN Secretary General Ban Ki-moon. The United States, however, contested the claim that Syrian opposition fighters had used sarin at any time during the two-year civil war.

“We have yet to see any evidence that backs up the assertion that anybody besides the Syrian government has had the ability to use chemical weapons or has used chemical weapons” in the war, White House spokesman Jay Carney said Tuesday.

At the same time, as stated on June 15 by Russian Foreign Minister Sergei Lavrov, the U.S.-presented information on use of chemical weapons by the Syrian authorities does not comply with expert requirements of the organization for the Prohibition of Chemical Weapons.

In addition, Russia believes it pointless for the regime of Bashar al-Assad to resort to use of chemical weapons at a time when his forces are prevailing over the armed opposition.

At least 13 people were injured in Syria as a result of the use of chemical weapons, namely sarin gas. This is the conclusion of experts of the French laboratory, who conducted research of materials provided by the Le Monde newspaper.

As the newspaper reported on Friday, the journalists provided biological materials (blood, urine, hairs) and items of clothing of 21 people to the experts for analysis.

They are supposed to suffer as a result of the use of gas. Only 13 samples showed a positive result.

The journalists do not prejudice the fact of the use of sarin in the territory of Syria, however, the items of clothing (trousers and sweater) presented for analyses belonged to an unknown person. The reporters also noted the heterogeneity of the received information: eight times traces of sarin were found in the analysis of urine, twice - in hairs, three times - on clothes and only once - in blood.

In the midst of pre-Geneva II talks on Syria Professor Michel Chossudovsky, Director of the Center for Research on Globalization and Professor Emeritus of Ottawa University, tells the Voice of Russia about the controversial role the Obama administration plays in the Syrian conflict and the possibility that the US Head of State not only cooperates with Al-Qaeda and other terrorist organizations but also supplies them with chemical weapons.

If we look at various media reports, including CNN but it is also acknowledged in Israeli media, the rebels namely Al-Nusra are in possession of chemical weapons but moreover it is acknowledged that western forces are actually training Al-Nusra rebels in Jordan and Turkey and this is confirmed by December 9th CNN report.

In fact what they said is that the rebels were in possession of chemical weapons.

Then we also had a Turkish police report, which essentially confirmed these previous reports, the fact the Al-Nusra terrorists who are supported by the Western military alliance, they were ceased with sarin gas in their possession.

Q: Regarding the issue of chemical weapons in Syria you have also said that “Obama has not only “Crossed the Red Line”, he is supporting Al Qaeda. He is a Liar and a Terrorist.” Other than the provision of chemical weapons to Syrian opposition, is there any other evidence to support the claim that Obama might be supporting Al-Qaeda?
I think that we are beyond the issue as to whether Obama is supporting Al-Qaeda. John Kerry is directly in contact with commanders, which are in link with Al-Qaeda rebels. We’ve got a fairly large documentation to the fact that weapons and money are being channeled to the rebels and that these rebels actually are on the US state department list of terrorist organizations.

So, what I am saying essentially is that these Al-Qaeda affiliated organizations are not longer supported covertly by the CIA, they are supported overtly by the US president and the Secretary of State is in touch with commanders of that terrorist force, in particular the main intermediary is a general Idris who is with the Free Syrian Army and which is in constant contact with the rebels.

But what I think we should understand is that Obama administration and its allies are harboring the terrorist organization which is on the state department list and that means that president Obama and Secretary of State John Kerry could under the US law be held responsible for, and I quote the document of the state department “knowingly providing or attempting or conspiring to provide material support or resources to or engaging in transactions with Al-Nusra front” so that essentially what I am contending is that Obama is in violation of the Patriot Act, he is in violation of US anti-terrorist legislation and in fact the US government is in latent violation of its own counter-terrorism legislation while waging so-called war on terrorism.

You can’t wage a war on terrorism and then provide support to the terrorists.